In this last issue for 2020, we would like to catch our readers’ eyes by using a shocking coral bleaching image as our cover. Of course, we have now realised the problem but what’s the solution? We invited Sally from LAMAVE (Large Marine Vertebrates Research Institute, Philippines) to talk about eco-credibility when traveling, and hope this feature will enlighten you with a few proposals.

Some of our familiar contributors have again delivered some stunning images and exciting stories from diving spots worldwide. I was especially impressed by St. Helena, its isolated loneliness and the extraordinary landscape. However, if you are a big fan of Rhinopias, you will enjoy Alex’s rhino hunting piece while other readers might think Triton Bay is more his or her cup of tea for being so fishy and colourful. Lastly, Timo highlights and describes three equalisation techniques that are well-known among freedivers – Valsalva, Frenzel and Mouthfill. 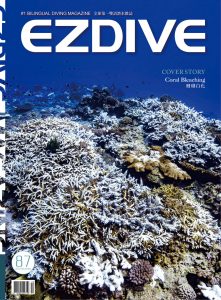 Many people aren’t aware of the seriousness of coral bleaching. In fact, Australia’s Great Barrier Reef has lost more than half of its coral reefs in the previous three global coral bleaching. This year, I followed the Greenpeace team to Green Island, Xiao Liuqiu, Kenting and witnessed how serious the coral bleaching is in Taiwan – some coral deeper than 15 metres are also bleached, more than 70% of the corals are bleached, and even coral at 30 meters below the sea in Orchid Island is also bleached. Photographed in Dabaisha, Green Island, Taiwan (p.6) 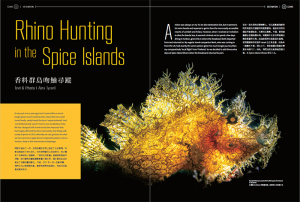 Rhino Hunting in the Spice Islands 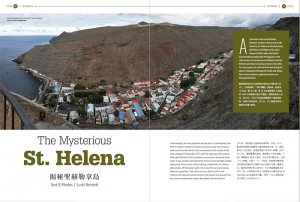 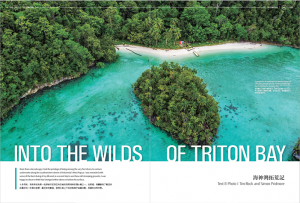 Into the Wilds of Triton Bay

By Tim Rock and Simon Pridmore 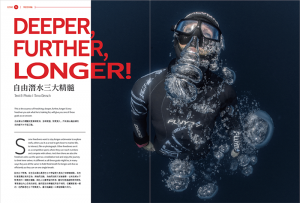 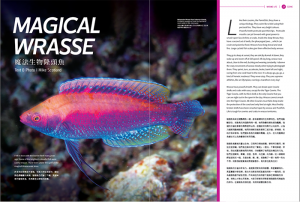 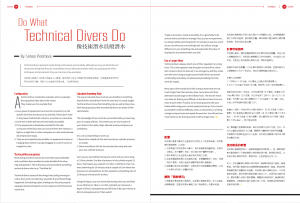 Do What Technical Divers Do 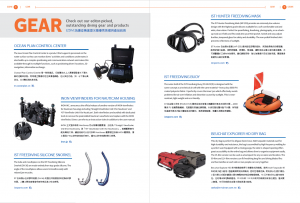 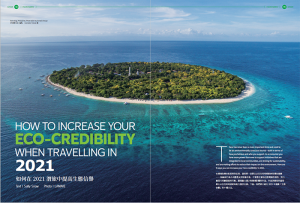 How to Increase Your Eco-Credibility When Traveling in 2021

By Sally Snow and LAMAVE

Shooting from the Hip 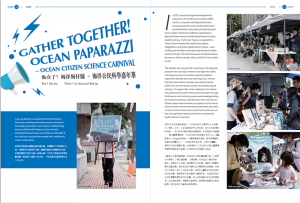 By Vita Liu and Su Huai 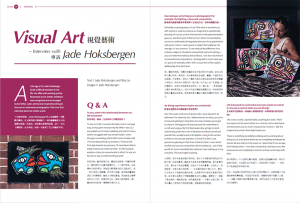 By Jade Hoksbergen and Vita Liu 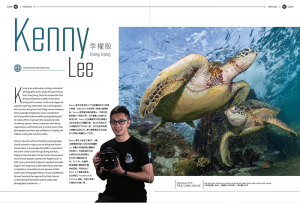 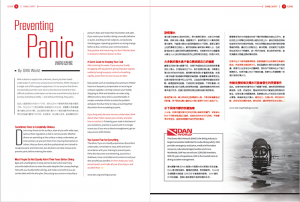 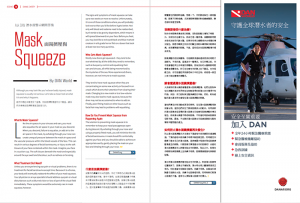