Diving under ice is no doubt one of the most extreme forms of diving with cold ambient, freezing water and no possibility of a free ascent. Despite the inhospitable environment, more divers are looking to include ice diving in their portfolios and experience strange reflections of light traveling through ice and air that is trapped underneath. 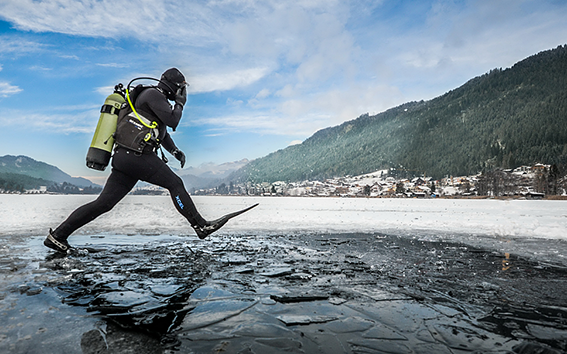 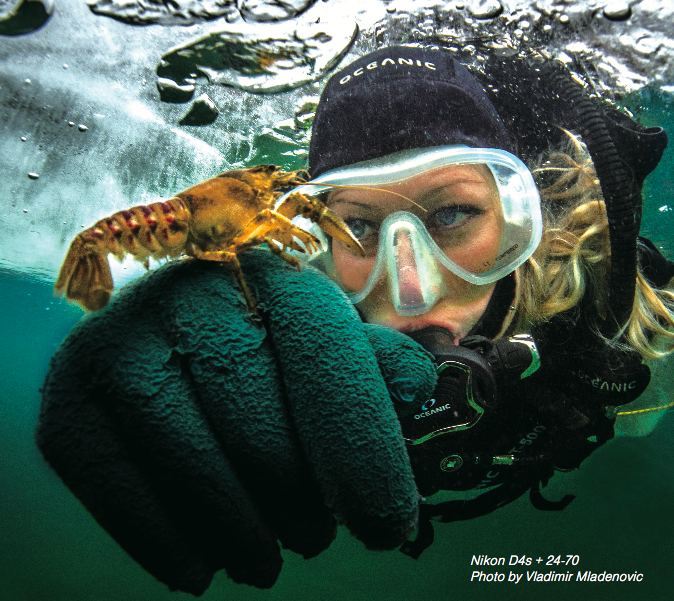 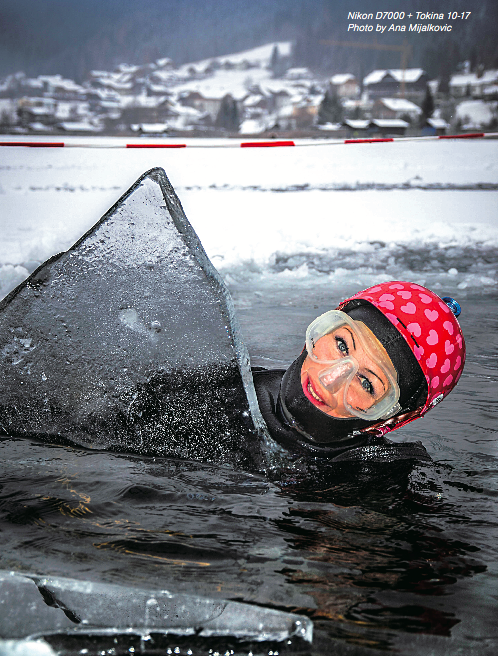 With winter temperatures steadily increasing over the years, the thick ice cover formation of the continental lakes is now a rare occurrence. Typically, for ice cover to be suitable for walking safely over the water body, an ice thickness of at least 15 cm is necessary. For this to happen, the ambient temperature will have to be consistently below zero degrees Celcius for at least two weeks.

Lake Weissensee is located near town of Tachendorf, in the Austrian province of Karnten. It was formed by a glacier hundreds of years ago and is now sustained by numerous mountain creeks. The lake’s maximum depth is just over 100 m with water visibility up to 15 m. It is rich with fish, so close encounters with schools of large carps and pikes aren’t rare. However, what sets Weissensee apart is the ice. Dive center Yachtdiver is the one of the leading European centers, best known for organizing this highly specialized type of diving. The thrill of ice diving season begins in December and lasts until mid March.

We visited Weissensee early in the season last year, so only one-third of the lake was covered in ice. It was thick enough for hundreds of skaters to enjoying skating tracks of several kilometers. There were numerous clearly marked dive openings. We transported our equipment via sled to one of the openings, along the way, we were greeted by astonished looks from skaters who whizzed. We put our gear on and slid under the ice.

Visibility was good, despite the snow cover that made deep shadows under the ice. It was interesting to see a sea of frozen grass, that in combination with snow and air exhaled from the regulators, made for incredible shapes. On surfacing, we were thrown into the harsh realities of -12 degrees Celsius. We took the gear off faster than we had put it on and made a run for it to the dive center. 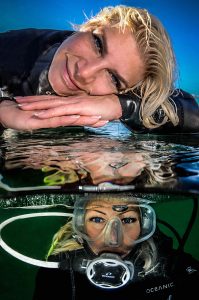 The next day’s plan was somewhat different. Since only the part of the lake was covered in ice, we decided to go to the dive site by boat. We loaded the gear into the solar catamaran and quietly sailed across the lake. As we approached the edge of the ice, our path became narrower and narrower, and soon enough we were crushing a thin layer of ice with the bow of the boat. We anchored at the edge of the ice cap. Pulling the safety line along, we went under the ice. Bright sunny day and clear water made this dive really special. To top it off, we encountered freshwater crabs and trout, which made this a memorable dive.

ENJOY, BUT WITH CAUTION

The days on lake Weissensee seem to fly by in the midst of our phenomenal dives. In the pastoral ambience of the small Austrian town, and the lake chained by ice, the whole thing experience seemed surreal. However, always remember that diving under ice is a potentially dangerous activity, to be attempted only by ice diving certified individuals. If you approach this activity with good planning, adequate training and meticulous planning, you will have an extraordinary experience, that you will be talking about for years.