Many of us are lucky enough to have had our two jabs (Covid-19 vaccines) now, and we are all ready to hit the road once the travel bans are lifted. But where we should go? Are those we have yearned for dive sites opened yet? Well, allow our EZDIVE contributors to give you some ideas before 2022. First, Henley is taking us to Kandooma Thila, one of the premier dive sites in Maldives, location of the world’s largest population of reef mantas. Then, local professional photographer Alex endorses Richelieu Rock, Thailand as a place that satisfies both macro and wide-angle photographers. And last, La Palma in the Canary Islands is also making its debut in EZDIVE, and Timo reports on the exciting dives and varied marine life.
Also in this issue, Ipah Uid Lynn exhibits her nudibranch photos collection to EZDIVE readers while Shane explains why seagrasses are a major key in fighting against climate change. Steve shares his wreck photography tips, and most
importantly, in my point of view, Beth tells us how to get prepared before a dive trip, as safety is always the prerequisite to ensure we get to keep diving. 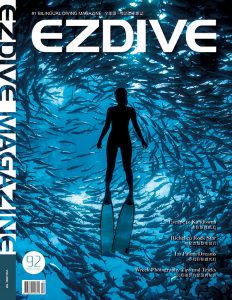 It was a beautiful clear day on Balicasag Island. Perfect for diving with little current and clear visibility. As soon as we arrived, I put on my gear and started looking for the school of Jackfish. Usually, they would hang out at the Black Forest reef. So I swam around a few times, then I saw a couple of Jackfish; I followed them then there it was, the big school of Jacks. I dove in the middle of them, and when I reached the bottom, it was dark. As I looked up to shoot the model, there was a gleam of light. 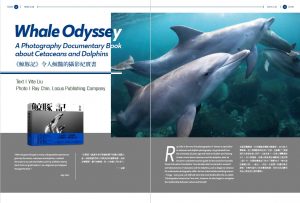 Whale Odyssey – A Photography Documentary Book about Cetaceans and Dolphins 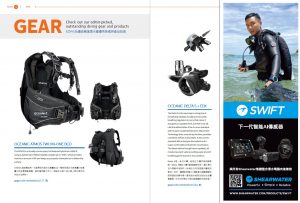 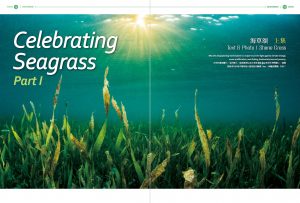 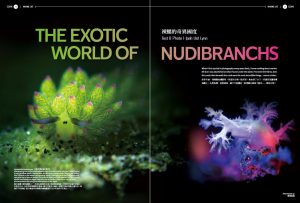 The Exotic World of Nudibranchs 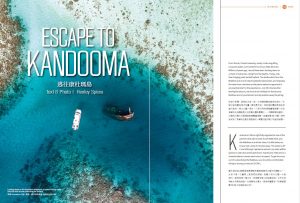 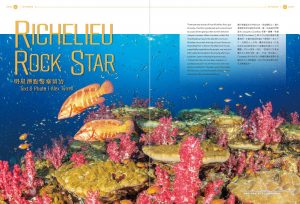 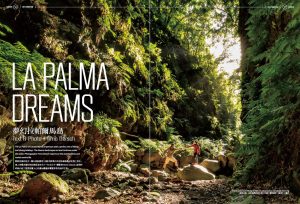 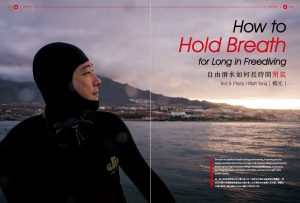 How to Hold Breath for Long in Freediving 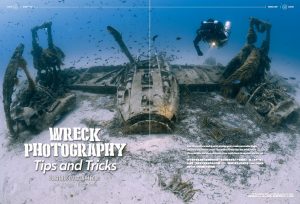 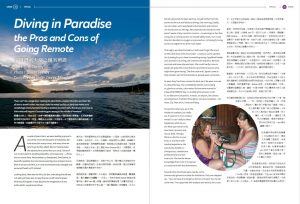 Diving in Paradise – the Pros and Cons of Going Remote 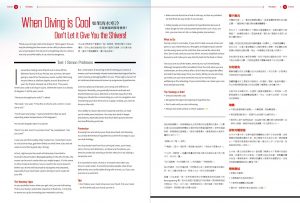 When Diving is Cool, Don’t let it Give You the Shivers! 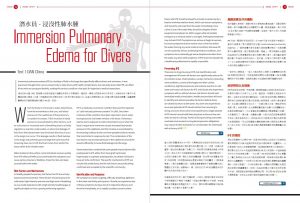 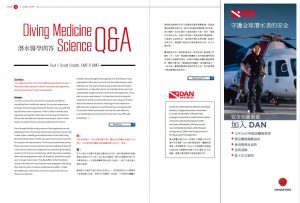 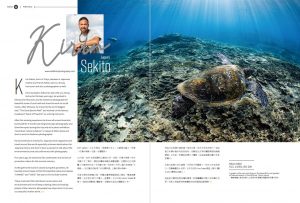