I understand it how frustrating parts of our lives can be due to the current travel restrictions, and knowing these might not go away anytime soon. However, do not let the pandemic also restrict your imagination as well as the desire to explore more about the underwater world.

Through our breath-taking cover photo, taken by Timo, you can imagine you were there to witness Tolga Taskin set a new record (75m in 2mins, 4sec) for a breath holding deep dive under the ice. This issue also includes more freediving topics such as freediving destinations in Malaysia, freediving safety and an in-depth interview with Matt Yang, another freediving World Record holder. In addition, our diving destination reports are as exciting as ever so you can be carried away by the story along with the beautiful photos. Lastly, underwater photography master, Lin Qing, once again shares his knowledge and work with us about blackwater shooting.

No matter whether you are a scuba diver or freediver, I hope this issue brings you joy at the beginning of this year, 2021. 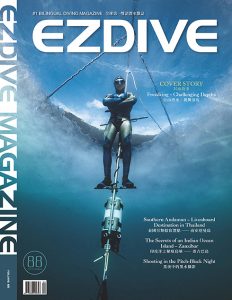 In Lake Weißensee, in the Austrian Alps, the freediver – Tolga Taskin from Germany dove with his sledge down to a depth of 75 metres. There was a lot of tension in the air when the 29-year-old plunged into the two degrees Celsius cold water. Two long minutes and 4 seconds later a smiling and cheering face with a white mask popped up through the water surface in the middle of the triangular shaped hole in the ice. The safety diver slapped onto the water with joy. 75 metres is now the new limit to break when attempting a deep-dive-record under the ice. 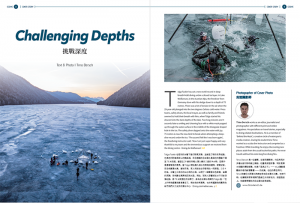 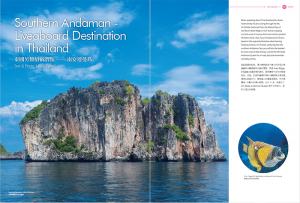 The Secrets of an Indian Ocean Island – Zanzibar 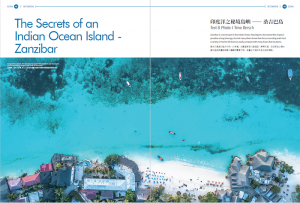 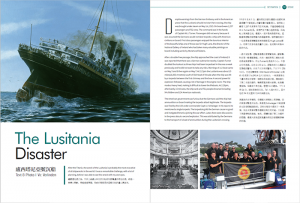 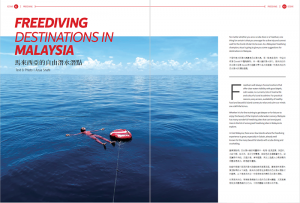 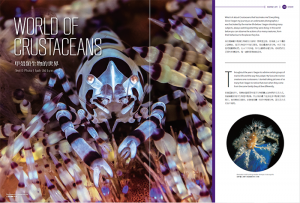 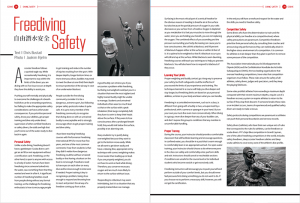 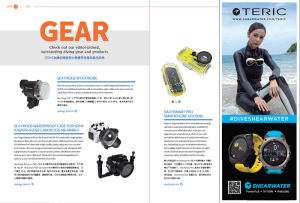 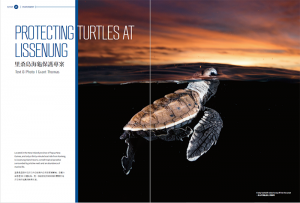 Shooting in the Pitch-Black Night 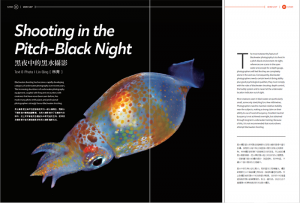 By Matt Yang and Vita Liu 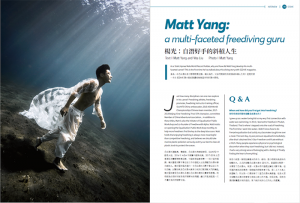 By An Ng, Malaysia 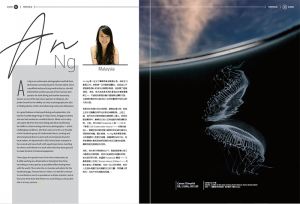 By Chris Bustad and Joakim Hjelm 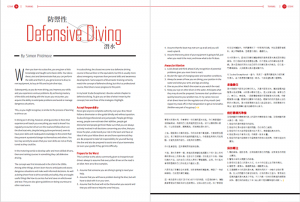 The Diver Who Fell from the Sky

By Simon Pridmore and Tim Rock 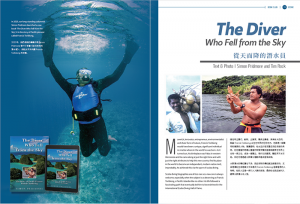